Take in the sights and sounds of a working harbour with a beautiful selection of sailing and powerboats at the UK's only Royal Harbour.

King George IV granted its Royal designation in 1821 in appreciation of the town's hospitality when he embarked with the Royal Squadron from Ramsgate for Hanover. The harbour has played an important role through recent history, as one of the main embarkation harbours during the Napoleonic wars.

Operation Dynamo during WW2 was launched and an assortment of yachts, motor cruisers, fishing boats and other small craft assembled at Ramsgate, before crossing to Dunkirk to ferry men from the beaches to waiting ships. Sit enjoying the view at one of the many surrounding stylish bars, cafes and restaurants.

If you are feeling more adventurous take a trip to see the seals off the coast. Ramsgate Maritime Museum, situated in the Clock House, offers four galleries of exhibits on the areas maritime history

Take a virtual tour of Ramsgate Royal Harbour
Whilst taking a 360° virtual tour from the air click on one of the ‘hot spot crosses’ to be taken to ground level. 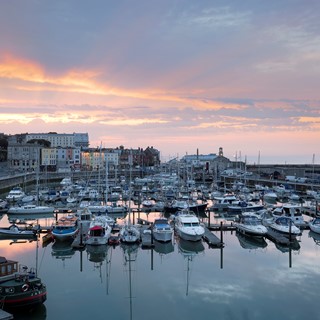 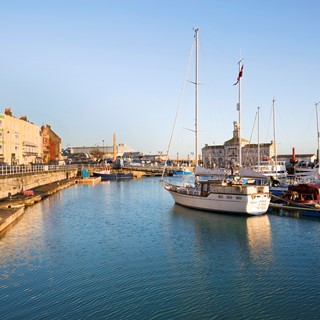 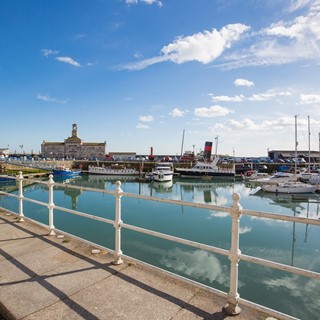